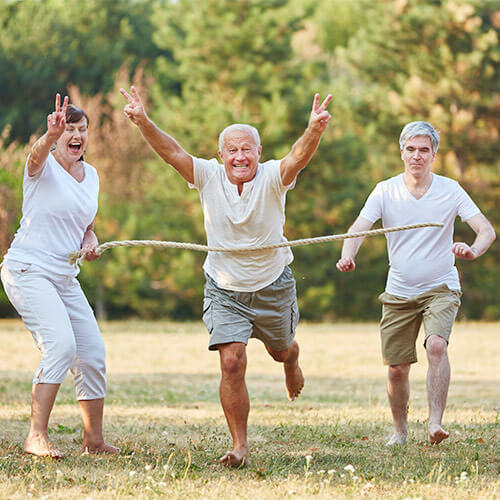 These seniors are featured in Guinness World Records for accomplishing extraordinary feats. They are defying stereotypes about age by actively pursuing their passions. Anchorage home care professionals share their inspirational stories.

The 106-year-old Japanese runner currently holds the world record for “Oldest Competitive Sprinter.” In September 2015, Hidekichi Miyazaki ran the 100-meter sprint in 42.22 seconds at the Kyoto Masters Athletics Autumn Competition, beating his own record. Miyazaki didn’t begin running until he was in his 90s, proving it is never too late to achieve great things.

Though most people would be happy with running one marathon in a lifetime, Larry Macon is a senior who set a much higher goal. At the age of 69, Macon broke the world record for “Most Marathons Ran in One Year (Male)”. From December 1st, 2012 to November 30th, 2013, Macon ran in 239 different marathons. He began running in 1996 and achieved his first world record in the same category in 2008 with 105 marathons in a year.

At age 93, Tao Porchon-Lynch won the 2012 Guinness World Record for the “Oldest Yoga Teacher.” Now 98, Porchon-Lynch, who discovered yoga at the age of 8, continues to teach it. She is also an accomplished author, oenophile, activist, and competitive ballroom dancer, even appearing on the TV show Dancing with the Stars in 2015.

At the age of 101, Doris Long became the “Oldest Person to Abseil” after abseiling off the Spinnaker Tower in Portsmouth, UK, on July 12th, 2015. The Spinnaker Tower is 560 feet high and was Long’s 14th abseil. Long took up the sport at age 85 and previously achieved the world record in 2014 on her 100th birthday.

On April 12th, 2012, 86-year-old Johanna Quaas became the “World’s Oldest Gymnast.” Quaas, who regularly competes in the Landes-Seniorenspiele in Saxony, Germany, participated in her first competition in 1934 and continues to compete today.

While your loved one may not be aiming to break any records, he or she can benefit from staying active. At Home Care Assistance, we can encourage your loved one to exercise regularly and eat healthy to boost his or her overall wellbeing. Call (907) 770-0907 to discuss home care options to help your loved one remain independent for as long as possible. We provide reliable live-in and respite caregivers, and we also offer specialized Parkinson’s, Alzheimer’s, and dementia care Anchorage families can count on. Call one of our qualified Care Managers to schedule a complimentary consultation today.