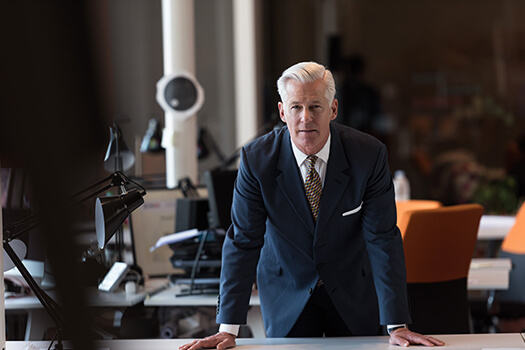 Some seniors realize the importance of hard work, do not put off what is seemingly important, and never give up. They also understand that with determination, perseverance, and healthy lifestyle choices, it is never too late to accomplish amazing feats.

If your aging loved one needs help managing everyday tasks or encouragement to adopt healthier lifestyle choices, turn to Home Care Assistance, a leading provider of home care in Anchorage. Our professional caregivers are available around the clock to help seniors live longer, happier, and healthier lives.

Here is a list of 7 senior men who defied the odds and achieved greatness.

As an avid and reputed mariner, Saito circumnavigated the globe by sea at the age of 78. In fact, he completed the feat eight times. As a bit of a challenge, the sailor completed his last voyage by going backward or westward against currents and high winds. The journey took 1,080 days to finish.

Despite having undergone heart surgery, Miura was not ready to give up. In 2003, he became the oldest individual to reach the peak of Mount Everest. He was 70 years old at the time. He completed the climb again five years later. In 2013, he once again became the oldest Mount Everest climber by reaching the summit at the age of 80.

In 1993, at the age of 60, Blanco scaled Mount Everest and reached the summit. Not satisfied with his accomplishment, a decade later he became the oldest person to scale the tallest summits on each of the seven continents.

This Ukrainian geologist was determined to set an example for other seniors. In 2004, at the age of 67, Rezovy rowed across the Indian Ocean. In 62 days, he finished the ORSARR race in Barbados in second place. He was only 2.5 days behind the winner who was 23 years old.

Warren became a pilot during WWII and served as a Tuskegee Airman. His flying career continued through the Korean and Vietnam Wars. After 35 years of active duty, he flew more than 12,000 hours. In 2014, at the age of 87, he became the oldest person in the world to acquire his private pilot’s license.

McGriff began his racing career in 1945. However, at the age of 61 in 1989, he became the oldest NASCAR driver. His need for speed continued past retirement, and at the age of 81 he finished 13th in the NASCAR race at the Portland International Raceway. He was nominated for the NASCAR Hall of Fame in 2016.

Some seniors have limited mobility, which makes it difficult for them to go out of the house. However, they can still remain active and healthy at home. Families who find it difficult to care for their aging loved ones without assistance can benefit greatly from professional respite care. Anchorage, AK, family caregivers who need a break from their caregiving duties can turn to Home Care Assistance. Using our proprietary Balanced Care Method, our respite caregivers can encourage your loved one to eat well, exercise regularly, get plenty of mental and social stimulation, and focus on other lifestyle factors that promote longevity.

Having no time to participate in sports during his younger years, Marchand began riding a bike at the age of 68. Merely five feet tall and weighing 115 pounds, Marchand cycled from Bordeaux to Paris to Roubaix. Before long, he was competing in cross-country endurance races. In 1992, he completed the journey from Moscow to Paris. In 2002, he set a record by riding for 62 miles. In January of 2017, he set the world record when he traveled 14 miles in one hour at the age of 105.

These exceptional seniors can serve as role models for your loved one and motivate him or her to achieve greatness. Every senior has different needs when aging in place. Some simply need occasional assistance with household chores, while others may be managing a serious illness and require more extensive 24-hour care. Anchorage seniors can count on Home Care Assistance to provide the in-home care they need and deserve. To create a customized care plan for your aging loved one, get in touch with one of our professional Care Managers at (907) 770-0907.